It is an extraordinary honor to host Professor Hiroshi Ishiguro (Osaka University) and Professor Tatsuya Kawahara (Kyoto University), and their masterpiece Geminoid HI-5 as our guest speakers! Professors introduced their really intriguing talks about what they have done, and are going to achieve – passing “Total Turing Test”. We really enjoyed and found a lot of shared fundamental research interests. Thank you so much for visiting us!

The goal of studies on Symbiotic Human-Robot Interaction is to develop autonomous social robots that can communicate with multiple humans via various communicative means as humans use them. In order to achieve the goal, it is necessary to develop certain devices and technologies: (a) surface skin material and internal structure for safe interaction with humans, (b) robust and flexible speech recognition technology, (c) functions of autonomous context- and task-sensitive communication on the basis of a hierarchical model consisting of desire, intention, and behavior including speech acts, and (d) functions of using multiple communicative means to communicate with multiple persons in social contexts. In this workshop, we will discuss on these issues.

This talk reviews issues on the spoken dialogue systems for our conversational android ERICA. After introducing several social interaction tasks in which human-like presence and face-to-face communication are important, the design principle of the spoken dialogue system based on a hybrid of dialogue modules is presented. Then, an attentive listening system that allows for flexible and robust interaction is explained, and will be followed by its demonstration.

ISHIGURO Symbiotic Human-Robot Interaction Project: Invention of Interaction Technology involving various communicative means as human use them, and Development of Autonomous Robots capable of naturally interacting with humans ranging from children to elderly in social contexts. 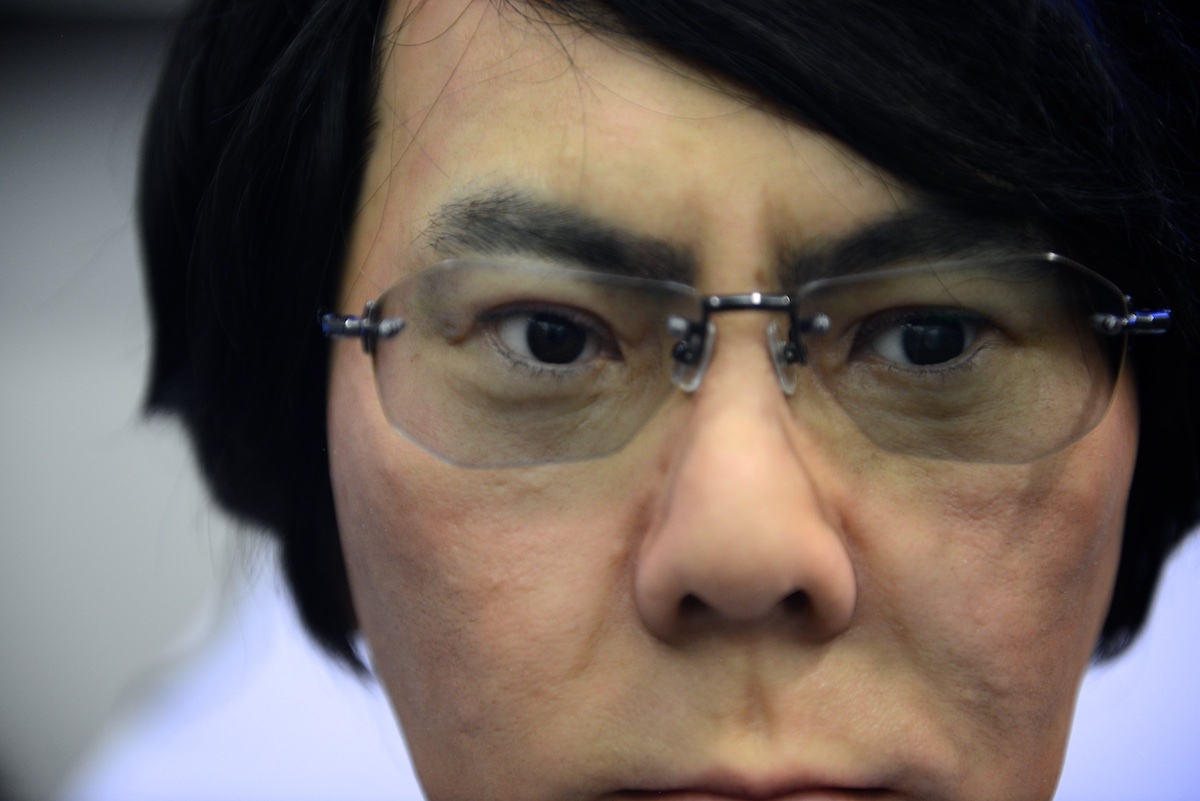 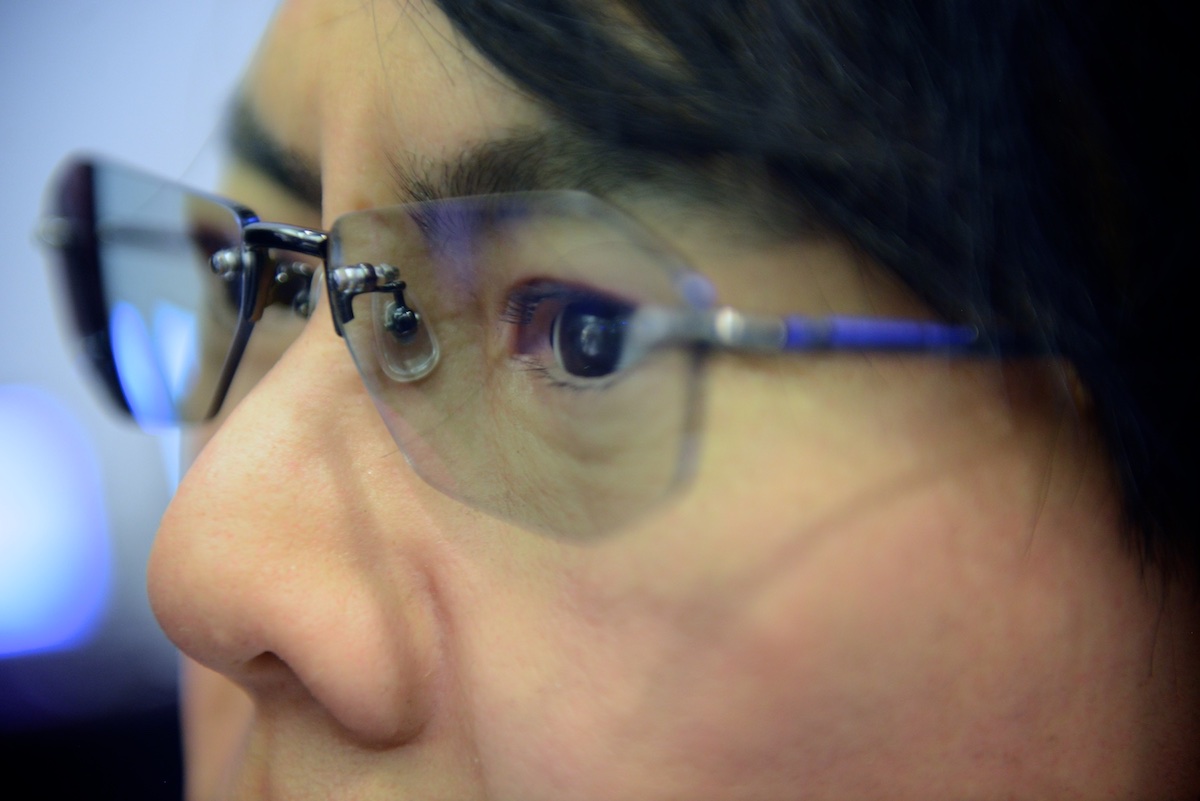 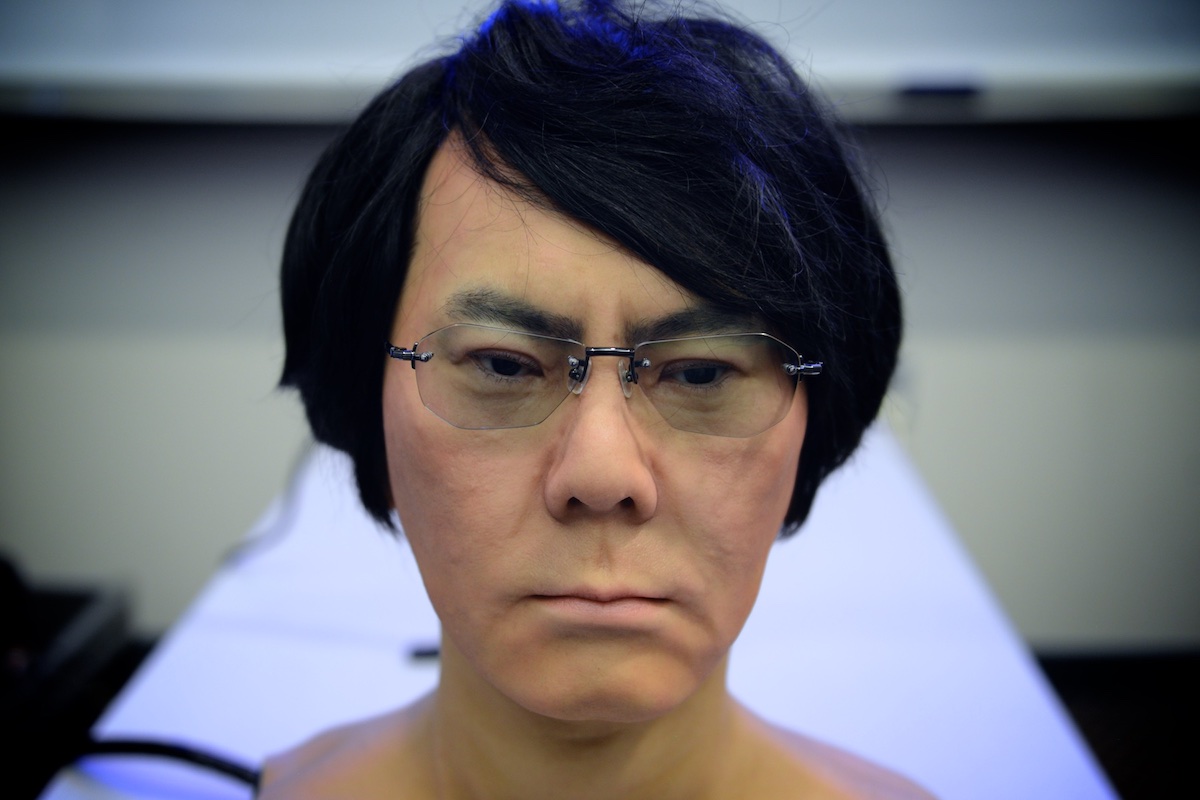 “Geminoid HI-5 is a tele-operated android head that has similar appearance of original person, Hiroshi Ishiguro. Geminoid HI-5 has sixteen degrees of freedom that allows itself to behave like actual humans. By using Geminoid HI-5, we demonstrate to questions that “What is a human presence?” and “Can human presence transfer to a remote place?” 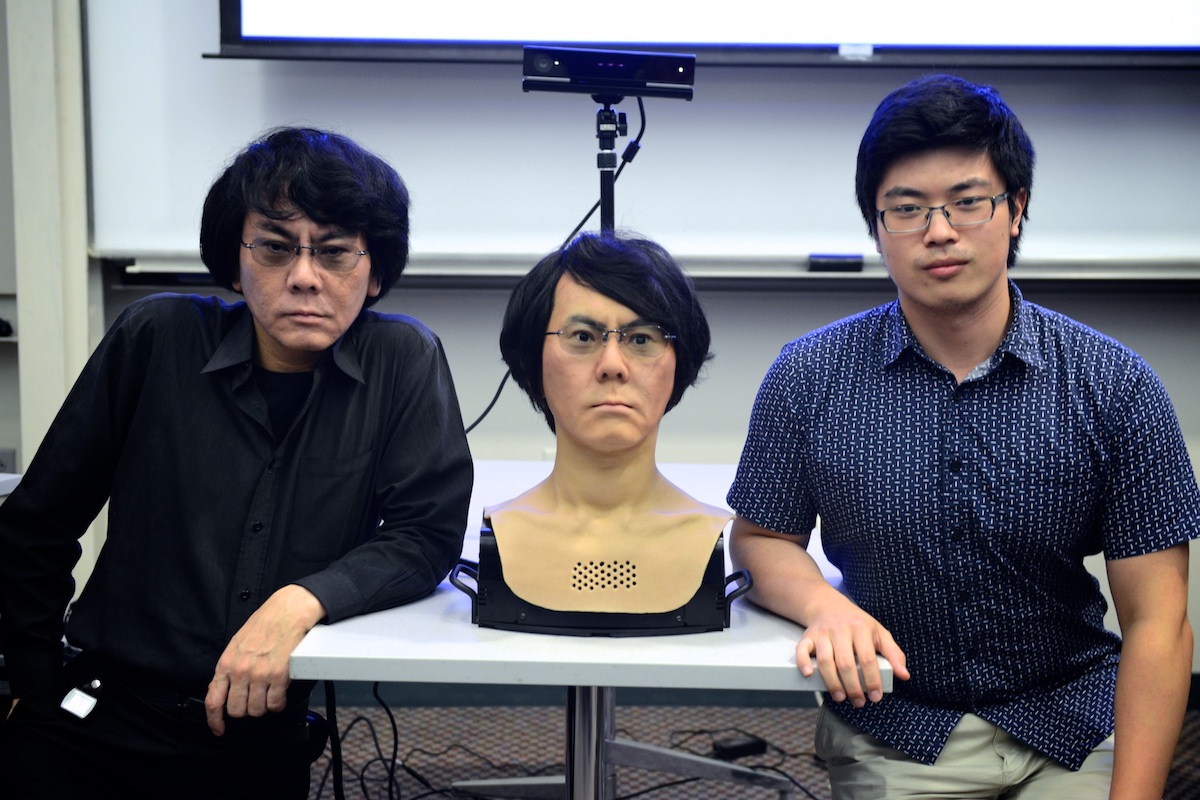 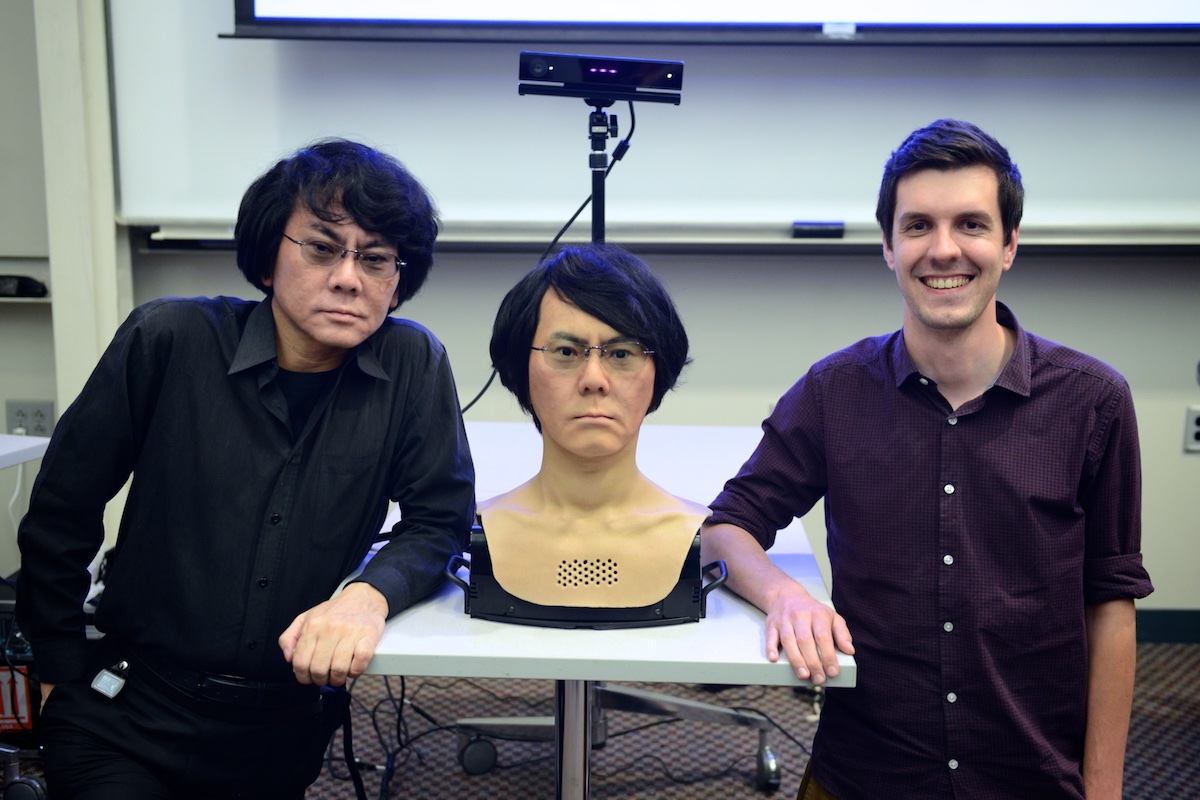 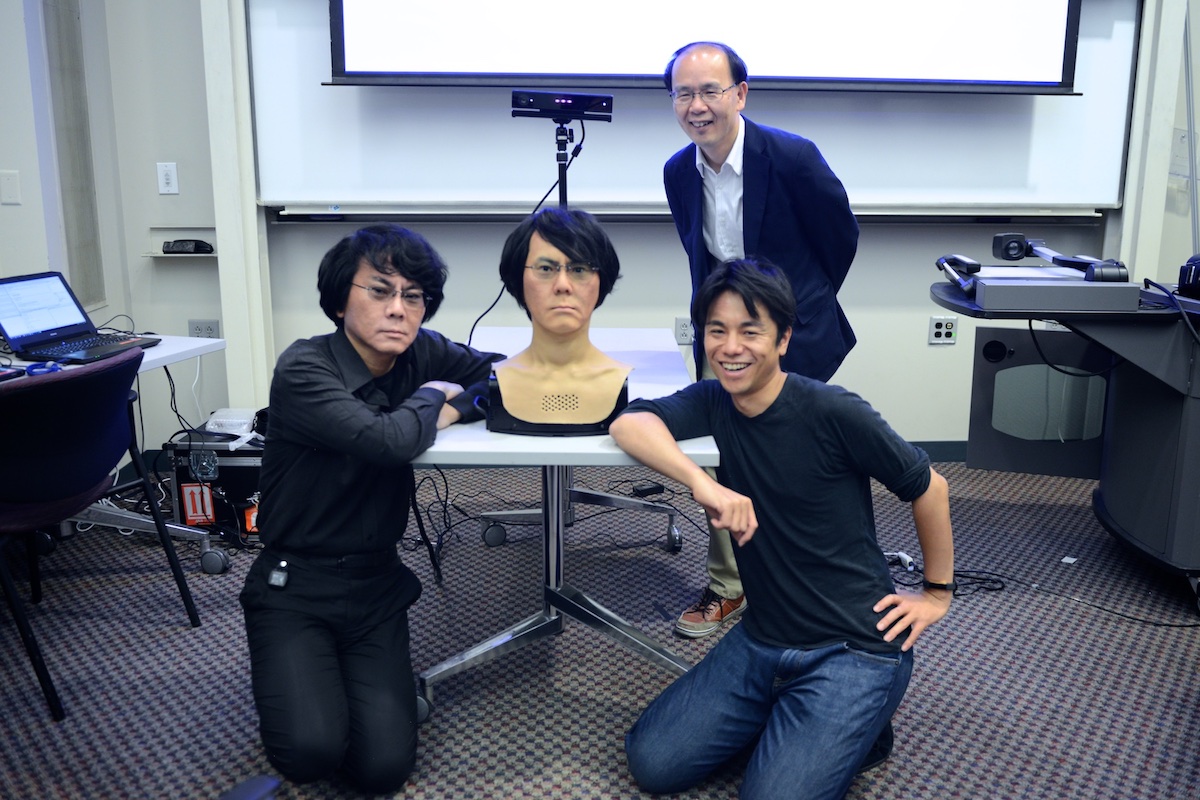