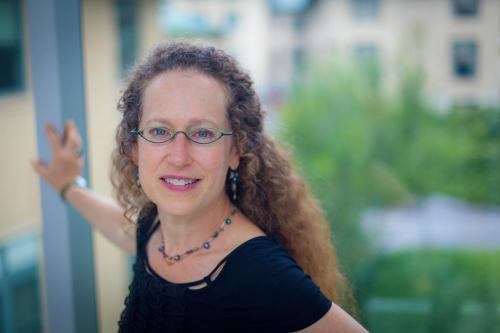 Justine Cassell (Ph.D., University of Chicago) is Associate Dean of the School of Computer Science for Technology Strategy and Impact at Carnegie Mellon University, Co-Founder of the Simon Initiative for Technology-Enhanced Learning, and until recently, Director of the Human-Computer Interaction Institute in the School of Computer Science. Cassell comes to CMU from Northwestern, where she was the founding director of the Center for Technology and Social Behavior joint PhD in Communication and Computer Science, and of the Center for Technology and Social Behavior. Before Northwestern, Cassell was a tenured faculty member at the MIT Media Lab, where she headed the Gesture and Narrative Language research group. Cassell’s research focuses on understanding natural forms of communication, and then creating technological tools for those forms of communication and linguistic expression to flourish in the digital world. In particular, she is credited with developing the Embodied Conversational Agent, a virtual human capable of interacting with humans using both language and nonverbal behavior. More recently Cassell has investigated the role that the virtual peer (a child-sized version of the Embodied Conversational Agent) can play in children’s lives, and has demonstrated that the virtual peer can play an important role in scaffolding learning, particularly for those children in under-resourced schools.

Florian Pecune is a post-doctoral fellow at the Articulab, leading the Yahoo! – inMind project, and contributing to the SARA project,  both of which focus on building a socially-aware personal assistant. He is mainly interested in designing embodied conversational agents able to build and maintain long-term relationships with humans by adapting their behavior according to the context of the interaction. Prior to the Articulab, he earned a Master`s degree in Cognition and Engineering from Paris 8 University and received a Ph.D in computer science from Telecom Paristech. His Ph.D research focused on building a decision-making model based on both social and task-oriented concerns. In his spare time, he loves to play and watch soccer or any kind of sports. If he is not in his lab or on a soccer field, he is probably playing some board or video games with friends.

Michael is currently a PhD student in the Human-Computer Interaction Institute at CMU, focusing on the learning sciences, and is a member of the Program for Interdisciplinary Education Research. He is primarily interested in the ways that technology mediates learning interactions between students, and how a more robust understanding of the dynamics of student collaboration can lead to a more effective design of learning technologies. Prior to the PhD, he completed a Masters of Science in Digital Media at Georgia Tech, focusing on educational technologies, where he was advised by Dr. Ian Bogost. While at Georgia Tech, he conducted research at the Center for 21st Century Universities on faculty usage of educational technology. Before that, he graduated from the University of Maryland with a Masters of Education and a Bachelors of Arts in English Language and Literature, and taught English at a public high school in Maryland for several years.

Alankar is currently pursuing his Master’s in Language Technologies at the School of Computer Science at CMU. At Articulab, he is working on SARA and Yahoo! – CMU InMind projects. More specifically, he is exploring innovative designs for the dialog manager to enable socially aware virtual conversational agents. Prior to joining Articulab, he spent 3 wonderful years at IBM Research, Bangalore working on a variety of machine learning problems involving multi-task learning, Bayesian Networks, time series modeling and sequential pattern mining. He graduated from Indian Institute of Technology Bombay with a Bachelor’s and Master’s in Electrical Engineering in 2014. In his spare time, he enjoys watching and analysing films and TV shows.

Bhargavi is a Master’s of Language Technologies student at CMU and is working on the SCIPR project at the Articulab. She is interested in using machine learning, natural language processing and data mining to build robust and practical solutions in education and healthcare. She completed her Bachelors in Computer Science from Indian Institute of Technology, Kharagpur and worked as a Research Fellow at Microsoft Research Labs, Bengaluru. In her spare time, she likes to read, listen to music and binge watch movies and TV shows.

Vasu is presently pursuing Masters in Language Technologies at the School of Computer Science at CMU. He’s working on the SARA and the Yahoo! – CMU InMind projects at the ArticuLab which focus on building a socially aware robotics assistant. His primary focus is on trying to combine the user’s visual, vocal and verbal cues to better gauge the ‘rapport’ between the user and the conversational agent and using it to enable the agent to become socially more aware to the user’s emotional needs. His research interests include Multi Modal Machine Learning and applications of Deep Learning Techniques to Natural Language Representation, Understanding and Generation. Prior to joining CMU, he completed his Bachelors in Computer Science degree from Indian Institute of Technology, Kanpur. In his spare time you may find him playing some sports with friends, swimming or finding his peace of mind by churning out some poetry.

A recent graduate of the BCSA Computer Science and Arts student and Innovation Scholar at Carnegie Mellon University, John is an artist, engineer, and entrepreneur all in one. Having over 8 years experience developing computer simulations and 4 years experience building robots, John knows what it takes to develop innovative technology projects either independently or as a team.

David graduated the Art Institute of Pittsburgh in 2009 with a Bachelor’s in Media Arts and Animation.After a few animating and illustrating jobs in educational games, he started with the Articulab in January 2013 to work on the Alex project. In his leisure time he enjoys anything from outdoor activities to drawing and painting. 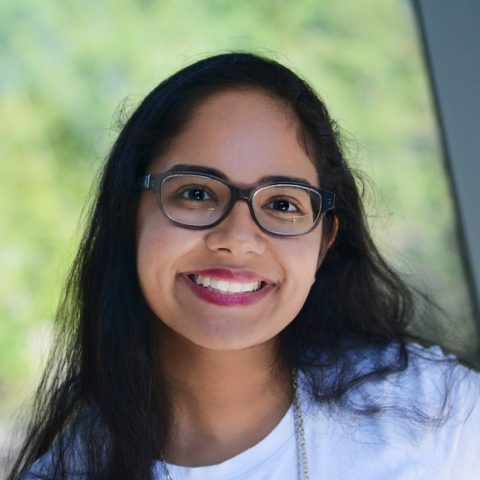 Shruti is a sophomore at Carnegie Mellon University pursuing a B.S. in Decision Science and a B.A. in Psychology. She is currently a research intern working on the InMind project. At ArticuLab, she hopes to learn more about human conversation and interaction, as well as how humans communicate with AI technologies. She is especially interested in developing intelligent technology to improve education and help children with developmental disabilities.